An aged wizard of Keoland, lately relocated to Verbobonc on some sort of sabbatical. He appears to be eager to establish links with the viscount in order to assist in the strengthening of his rule.

An old, slightly bent wizard clearly in poor health. His eyes have a tired, hunted look and his skin is sallow and droops from a tall frame that was obviously once robust and healthy. He favours a dun coloured cloak and purple velvet robes of a very fine cut. It bears silver and gold thread at the hems depicting arcane symbols. When he stands, he leans heavily on a quarterstaff topped by a heavy, uncut piece of quartz. An odd sheath at his belt holds no less than three wands.

The party first encountered this Keoish wizard towards the end of Flocktime, 591 CY. Having been approached by the professional advocate Malthin of Ordmein, who explained a mission to Hightower Tor in brief, and retained for the sum of forty wheatsheaves each, they were comported to the Silver Lyre Inn of Verbobonc City’s river district. There they were shown to a private room where they met the old mage, who introduced himself as “Aristocles of Niole Dra, a humble Anchorite of the Tower.” The wizard had a meal brought for their pleasure and while they ate, he explains his needs in greater detail.

Aristocles went on to explain that he had journeyed to the viscounty out of a sense of academic curiosity, and also because he felt that Verbobonc had grown unstable in recent years. He added that the heartlands of the Flanaess can ill afford the loss of even one more goodly nation, and he was of a mind to do something to ensure that such a disaster would not come to pass. He mused regretfully then that at his age, he is certainly not in a position to take an active hand in such matters. What he could do, though, is use his arts of divination and research to identify means by which the rule of Viscount Langard might be strengthened.

To that end he had discovered a treasure that might be of use. Using his arts, he had discovered that deep within the basement of Hightower Tor a magic box had lain forgotten and abandoned for some four score years. Within it lay a treasure that Aristocles felt could be of use to Viscount Langard, and thus to the stability of the realm. If the party could retrieve it for him, he was prepared to pay them another forty wheatsheaves, plus a reasonable stipend for expenses.

After a moment’s consideration, they accepted his mission and Aristocles gratefully gave them his leave.

Some days later, the party returned to Verbobonc having successfully completed their mission and captured the goblin architect Lezmul. Doubtless Aristocles had scryed their movements, for anticipating the difficulties of trying to get the wizened little fellow past the city gates, he met them in the village just outside the walls near the Southway Gate. There he paid them and congratulated them on a job well done as he treated them to another meal at the Red Don Inn and took custody of the curious goblin along with the magical chest and its treasure, now revealed to be a legendary Mattock of the Titans.

Aristocles cast a Seeming spell to make the goblin appear as a halfling, and the two of them accompanied the party into the city. He intended to gift the mattock to the viscount at the earliest opportunity, and he promised to speak well of them when he did so. Further, Aristocles offered them further work in future should they be interested, and he would send word from his quarters in the village of Loren’s Ford when he was ready with another mission. 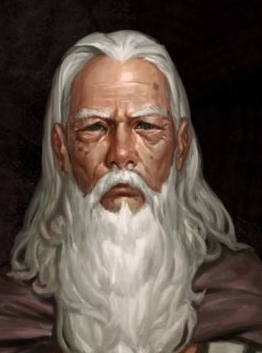