A noted baron who guards one of the flanks of the Furyondian royal province of Fairwain. He is the father of Ruprect, brother to Phanstern and, in his youth, a boon companion of Prince Thrommel.

A very tall and stout Oeridian in his middle years, his strawberry blonde hair liberally speckled with grey. There is a hard, almost combative look in his blue eyes. He is obviously a lord, judging by the quality of his cloth, the ruby-adorned gold ceremonial chain that he wears, and the heavy, antique signet ring on his left pinky finger. He goes armed with a matched dagger and sword of fine quality. 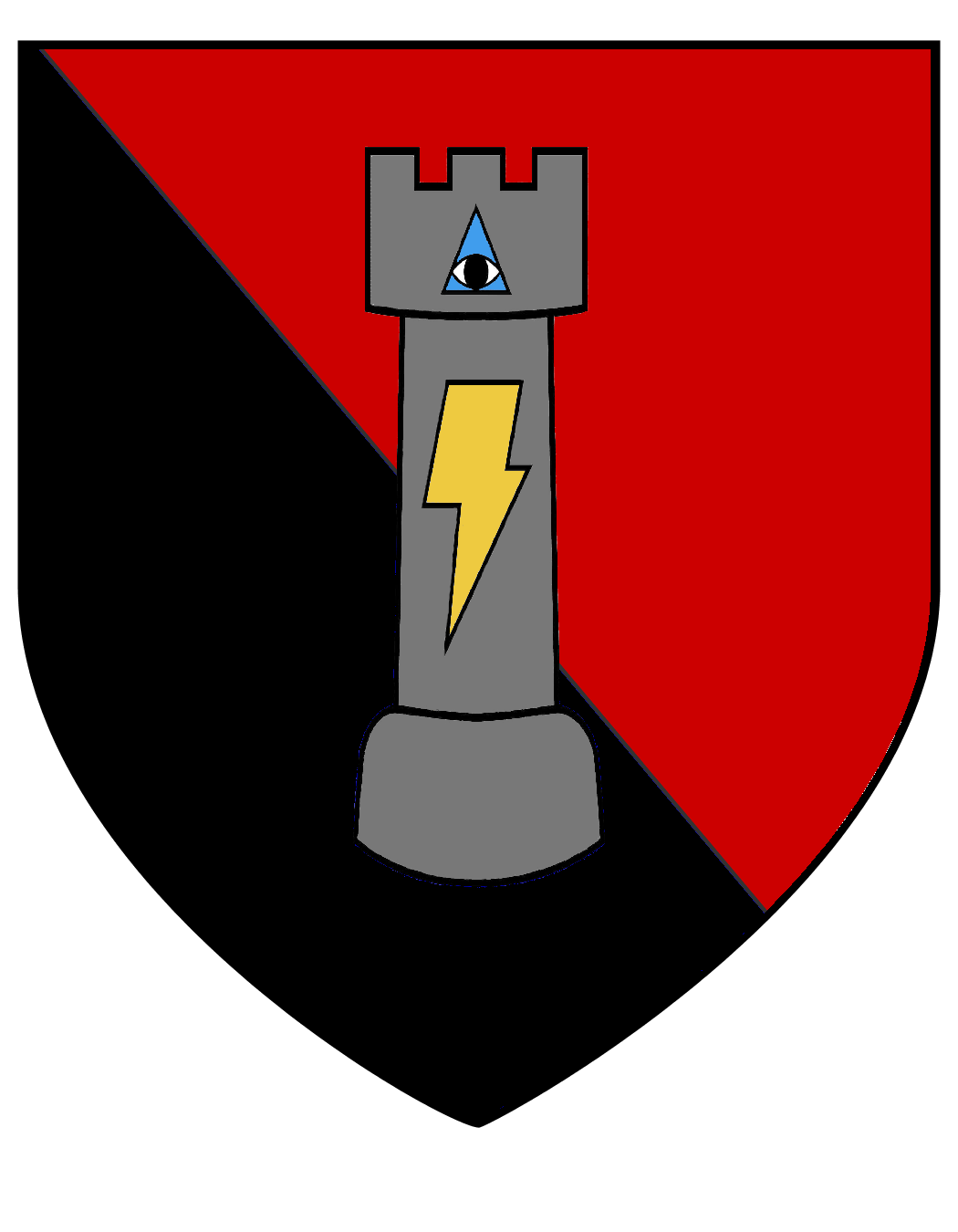 The coat of arms of his Prominence, Hannibal, 1st Baron of Windchester.

The father of the courtier, adventurer, and wizard Ruprect, Lord Hannibal is a devoted vassal of his king, Belvor IV. The House of Windchester is an ancient one, the roots of which lie in the Great Kingdom of Aerdy and the Viceroyalty of Ferrond, and though they are not one of the Great Houses of the land, nor even of much true power and influence in their own right, their pedigree is known to those who follow such matters. Perhaps on account of their lengthy and stalwart service to the crown, most often in the role of Court Wizard, their… eccentricities… are usually overlooked. Most notable of these is their veneration of Boccob, the god of magic, foresight, and balance, in addition to Hieroneous, the god of valour, justice, chivalry, and war. It is a custom among the House of Windchester that the study of magic and learning is as important as those of warcraft and rulership, and while the oldest son of the family is expected to concentrate on the latter pursuits, it is frowned upon to neglect the former. Additionally, younger sons and daughters are expected to study the arcane vocation more vigourously, and not a few wizards of note recorded in the annals of their nation hail from House Windchester.

In his youth, when the duties of rulership of the estate and four villages under their purview rested instead upon the shoulders of his own father, Sir Hannibal was a knight and boon companion to the legendary Prince Thrommel, the Grand Marshal of Furyondy and Provost of Veluna. A number of years older than the Paladin Lord, he was drawn to Thrommel’s elan and vision, and became an early follower and friend of the prince. Certainly no slouch with lance, mace, axe, and sword, as well as a skilled warrior in the saddle and a dabbler in the arcane to boot, it was actually Hannibal’s intelligence and command of history that Thrommel most appreciated, and he often deferred to his big friend when an understanding of strategy, tactics, and logistics from the campaigns of yore was required. He would marry and have children, but for years the heir of House Windchester was quick to answer the call of his lord and friend, ready to march at his command in order to bring the prince’s vision of a united alliance of weal to fruition.

And march he would.

The towering knight was a combatant at the storied Battle of Emridy Meadows, where he fought in the prince’s personal bodyguard and was noted for slaying three ogres over the course of the fighting. He would be there too when the Demon Lady of Fungi was sealed beneath the Temple of Elemental Evil, and he supervised several of the siege engines that brought down the defences of the fell Moathouse shortly thereafter. Prince Thrommel and his crusade had achieved their objective — the land of Verbobonc was safe. Not long after the army of weal disbanded and the Furyondians marched home, Hannibal’s father passed and he came into his inheritance as the ninth baronet of Windchester. His days of adventure were over, but his months among the Righteous Host are clearly the proudest of his life, and Hannibal is fond of warmly relating anecdotes of those times over a brandy and a pipe.

In 573 CY, the disappearance of Thrommel was a bitter blow to Lord Hannibal. To this day he remains convinced that the tragedy would never have happened if only he were there to oversee the security of the prince’s camp. He chafed under the knowledge that his responsibilities at home kept him from his duty to his friend, and his bitterness caused him to develop a reputation for being an irascible, stubborn, ill-humoured fellow over the following years. When Ringlerun was cast out of the king’s graces Lord Hannibal was one of the few who chose to remember the past works that the master mage had performed for king, country, and his family, and he was quick to offer succor and employment to him. For years, they privately continued their own quest to find the prince, and in the meanwhile the House of Windchester benefitted from the frequent presence of the old wizard. Nonetheless, Hannibal’s bitterness continued to grow as lead after lead on his royal friend went cold. He never took his resentment at the hand of fate out on his children, however, all of whom stirred his pride in various ways, particularly during the desperate Siege of Chendl in 583 CY.

At the outset of that awful conflict, Lord Hannibal knew that his forces had no chance of fighting back the rapidly approaching horde of Iuz, the Fiend of the North. He gave over stewardship of his people to his lady wife and his guard captain, split his forces, and rode hard for the north road to the capital. With the assistance of Ringlerun and Hannibal’s wayward brother, Phanstern, as well as a number of wizardly heirlooms, the men of Windchester managed to slow the horde of the Old One enough to give many peasants and refugees the opportunity to take shelter behind the walls of Chendl. Once the siege was joined, Hannibal and his sons stoically did their part on the walls for months and, by the grace of Boccob and Hieroneous, they all survived the horrors of that time. After the siege was lifted, King Belvor elevated Hannibal to the rank of baron for his conspicuous bravery, leadership, and self-sacrifice, an honour which actually caused the old knight to beam with happiness.

Of course, the comfort of his new station proved cold when the Windchester’s returned to find their home and their villages a charred, sacked ruin. His grateful people did return in the wake of the war, however, and the work of rebuilding the estates began. Many years later, their task continues, but the manse remains in a poor state for now, as resources were instead spent on the security and recovery of Lord Hannibal’s vassals and smallfolk. The coffers of House Windchester are much drained, but Lord Hannibal takes heart that his sons are winning glory on the field as Furyondy presses its advantage against the Lands of Iuz, which were much weakened by the Flight of Fiends and the Great Northern Crusade.

Each evening, the lord of Windchester stalks his walls accompanied by his equally cantankerous beagle, Rodger. He smokes his pipe, drinks his brandy, and glowers daggers at the north, hoping that the scions of the House of Windchester and the soldiers of Furyondy finally bring ruin to the Lord of Pain. Despite his advancing years, he itches to be on the front at the Veng with his older sons, but he knows his place his with his people. Privately, he also worries about his youngest son, the brilliant Ruprect, who has seen fit to travel in the south on some enigmatic business of his own and that of Ringlerun, who has secretly cheated death and once more seeks to work his will upon the skein of fate. 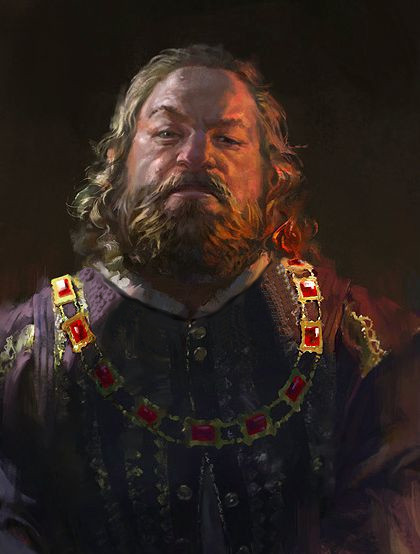