Langard of the Gnarley Border

The youthful Viscount of Verbobonc; this "half-forgotten, half-elven bastard" rose to his position after both of Wilfrick's legitimate heirs died or vanished. He is popular with the small folk of his land, but not its nobles.

The viscount is tall, lean, and distractingly handsome, renowned for turning heads with his intense sky blue eyes and long golden hair. He favours his elven heritage in appearance, and only in his slightly aquiline nose and the slight cleft in his chin can his late father Wilfrick be seen. In years past his ready smile disarmed a people who were suspicious of a bastard half-elf stepping forward to rule them, but lately he has become more serious of mien. Unlike his doughty father, who favoured the bastard sword, Viscount Langard prefers the rapier. 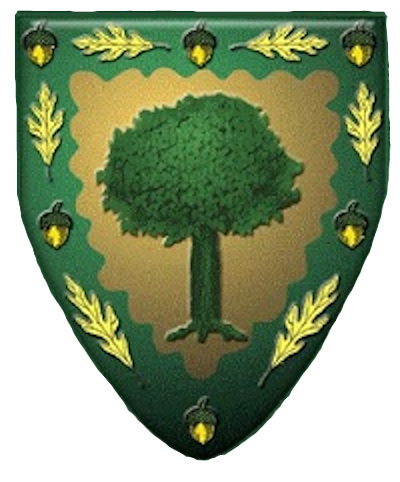 The coat of arms of Verbobonc, worn proudly by Viscount Langard of the House of Greyfist.

This half-elf lived an obscure existence until 588 CY, when his older half-brother Viscount Fenward Left-Handed was slain by his captain of the guard for resisting arrest on suspicion of being a secret agent of the feared Scarlet Brotherhood. Ordinarily, Fenward’s younger brother Horrus, a fighting priest of Saint Cuthbert who enjoyed great popularity among the people, would have stepped forward to inherit the viscount’s throne, but he had vanished the year before and could not be found. Of Wilfrick’s legitimate heirs, this left only Lady Elysia, his adopted daughter. However, her gender as well as her Furyondian heritage and marriage prospects put Lord Mayor Tymak, his fellow nobles, and the heads of the clergy ill at ease. Bishop Haufren then stepped forward with documents proving the existence of another son by the late Wilfrick’s one-time elven paramour, and the half-elf would be dragged from his simple life on the Gnarley fringe to take the viscount’s throne.

Thus far Langard has been an uneasy lord, more at ease riding or hiking in the hills and woods rather than issuing noble decrees. His easy-going, informal manner makes him very popular among the common folk of his land, but he is known to endure friction with his vassal lords, many of whom must wonder at how an ignorant half-elf from the forest could be more qualified to rule than they who are from the manor born. Langard does enjoy the steady support of the current Lord Mayor, Velysin, in addition to Bishop Haufren and the church of Saint Cuthbert. This strengthens his position, and if he can capitalise on his popularity to return the separatist gnomes of the Kron Hills to the fold, he might just win over all and sundry to his support.

He is a subject of much gossip among his people and also the courts of Veluna and the Furyondian provinces of the Duchy of the Reach and the Gold County, for his handsome face, mysterious past, and noble position makes the young viscount a most eligible bachelor. Wherever he goes throughout the land, he can often be tracked simply by the rumours that follow him and the litany of blushing maidens who hope to win his affections. For his part, Langard takes no advantage and indeed he seems quite embarrassed by all the bother he creates.

Langard of the Gnarley Border 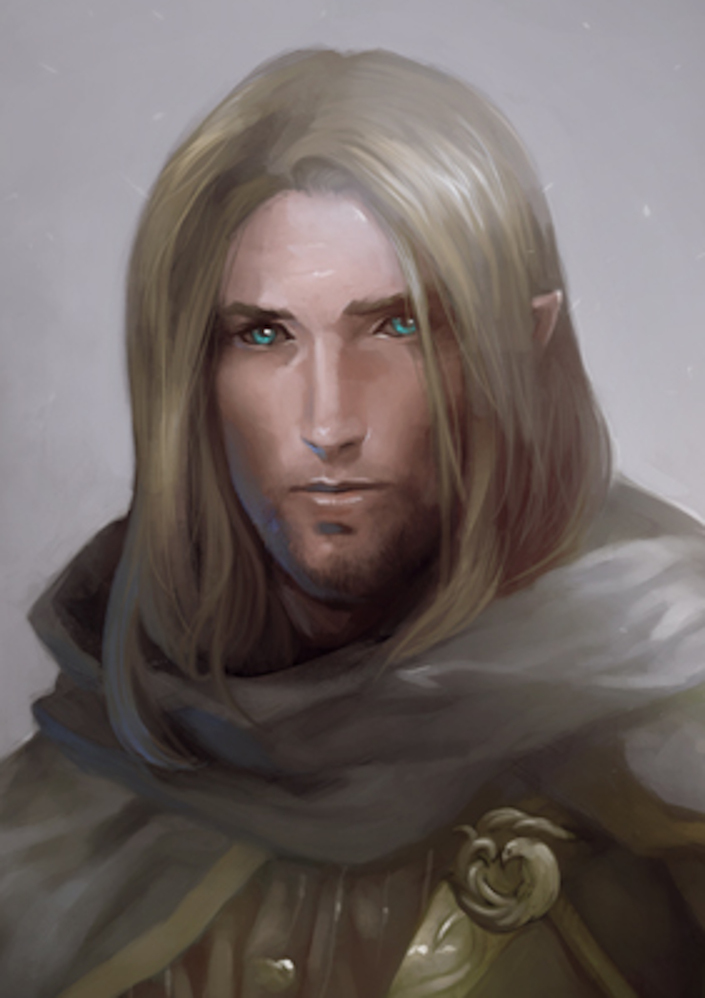