Variously known as the "Wild Count" of Ostverk, Hrōvacán of Delevael, and as a Knight-Captain of the Mounted Borderers, this stalwart ranger is famed throughout the viscounty and beyond.

A knight and noble whose appearance strongly favours his exotic heritage, this striking half-elf has a wiry, athletic physique, eyes the colour of polished oak, and long, dark chestnut hair. His armour and sword are of exquisite elven craftsmanship, and judging by their mirror brightness are forged of mithral. He wears a green cloak bearing the coat-of-arms of the Viscounty of Verbobonc, marking him as a Mounted Borderer, and the device of a white stag on a field of blue is worn on his surcoat. 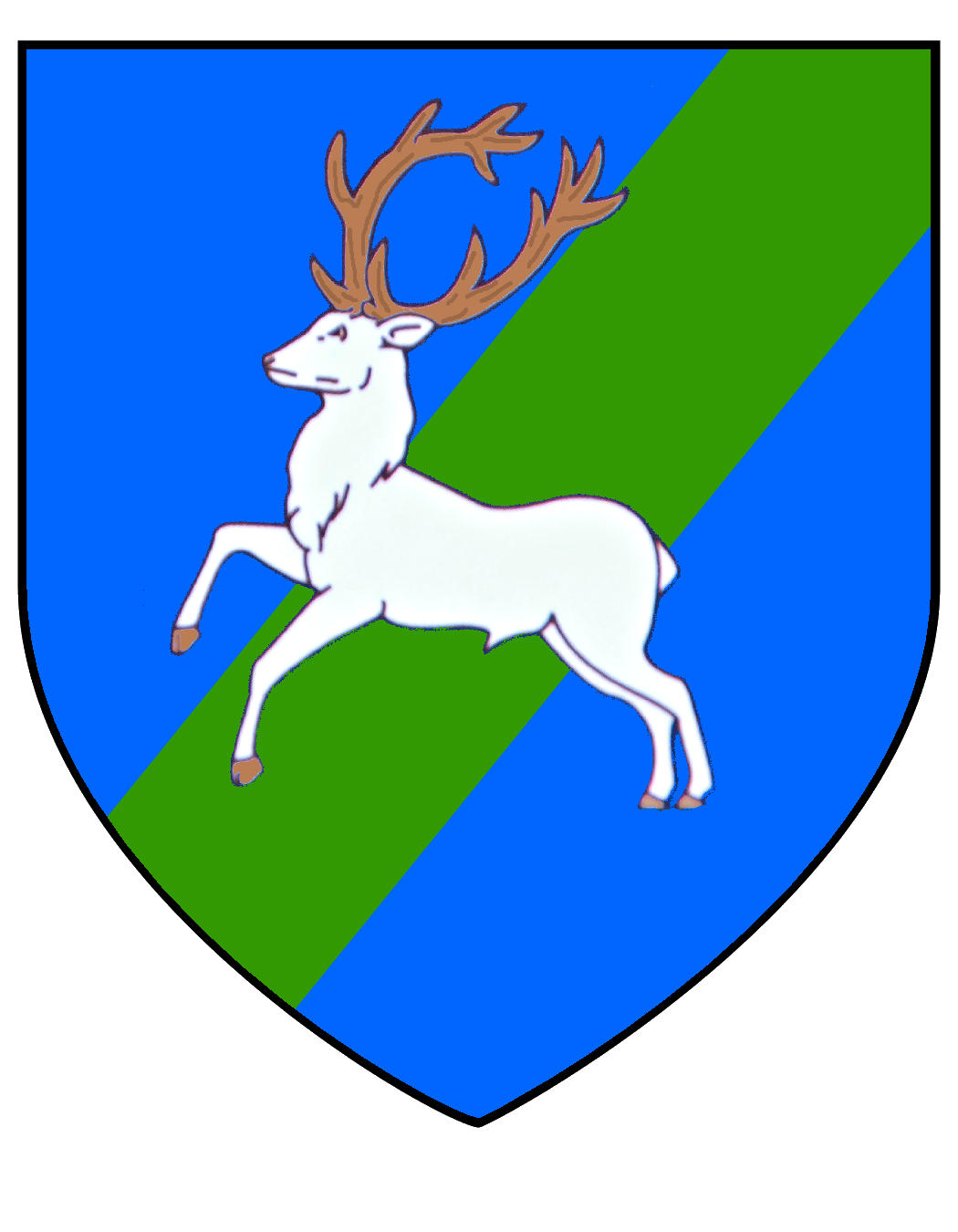 The coat of arms of House Deleveu. Azure, a stag courant argent on a sinister bend vert. The tinctures are intended to convey piety and loyalty as well as strength and hope, while the stag denotes an intent to create peace and harmony, while simultaneously conveying a readiness to fight when forced to act. It is derived from the ancient symbol of the Hrōvacán of Delevael, a border domain of the ancient kingdom of Taurnusilmëa known for the unusual number of white harts that dwelt there.

His Noble Prominence, Corbin, fourteenth Hrōvacán of Delevael, fifth Waldgraf of Ostverk, and Knight-Captain of the Mounted Borderers, is the southern-most of the viscounty’s nobles, and a vital vassal of Langard. Possessed of exotic looks, considerable charisma, and the easy confidence of a warrior who has survived many battles, his infrequent presence in the capital always causes a stir. Such occasions are rare indeed, however, for Lord Corbin has his hands full securing the fringes of the Gnarley Forest and the Welk Bog, especially as increasing bandit and humanoid activity are once more on the rise in the trackless woods and morass just beyond the border, and these villains cross into his lands to raid. In particular, the bandit chieftain known as the Scarlord has been a thorn in the waldgraf’s side for some years. When not patrolling to keep his people safe and the forest trail open, the remainder of his time is spent keeping up cordial relations with his counterpart, the Hrōvacán of Ruadruil, across the border in the Kingdom of Celene.

His antique human title is a hold-over of an Aerdi honour that was typically bestowed on counts who held lands on the edge of untamed wilderness. It was granted to Lord Corbin’s ancestor when the elves of the weakened land of Celein retreated before the march of the Viceroyalty of Ferrond some three hundred years ago. Rather than leave the ancestral lands upon which they had dwelt for millennia, the sylvan elves of Clan Delevael sent a peaceful delegation to the viceroy in order to transfer their allegiance. The Aerdi potentate did not quite understand the station of hrōvacán, a Taurnusilmëan title meaning something akin to lord-sentinel of the border, and so he bestowed the title of waldgraf instead. Not unlike the March of Visengart, that of Deleveu predates the founding of the viscounty, and so while his title is technically higher than that of his liege, Lord Corbin is addressed instead as a baron rather than a count.

Lord Corbin and his wife are both half-elves of sylvan ancestry, as were their parents and grandparents. Indeed, although the vast majority of Lord Corbin’s people are humans, with substantial numbers of rock gnomes as well, the proximity of his lands to the Fey Kingdom of Celene means that there are an unusually high number of both half-elves and elves resident in the forests around and further east of Ostverk. They are hardy and self-reliant folk, used to dealing with threats that find their way out of the Welk Bog and Gnarley Forest. When the village militias muster together, the elves and half-elves among them produce the finest archers in the land, perhaps rivalled only by those of Penwick.

Despite the toughness of the people, the Mounted Borderers of the area are unusually active owing to the fact that their captain is also their lord, and Corbin actively recruits and trains those whom he feels have the potential to swell his ranks. The local company of borderers are known as the “Longriders” for the length of their patrols not just throughout the Deleveu lands but also those of the Barony of Sarcina and the Lordship of Doomwatch. They are some of the best in the viscounty, and they have an especially good relationship with the Rangers of the Gnarley Forest, with a strong history of cooperation and information-sharing. The ranger-knights Lynwood Terfellan and Rendar Tarimson each have a good working relationship with Lord Corbin and his borderers.

During the ambush at Crooked Ridge it was Lord Corbin and his borderers who served as the linchpin of the plan, as it was essential that they hold the line against the worst of the hill giants and ogres while the gnomes of Sheernob, the armsmen of Lady Sarcina, and allied bands of adventurers winnowed the weaker enemy ranks with spells, blades, bows, and crossbows. To accomplish this, Lord Corbin and his men sought to eliminate the reach of the giants by using long spears and, when the monsters had broken through, adroit use of swarm tactics. They took grievous wounds and lost the most warriors, but the borderers held their nerve long enough for their allies to add new strength to their own. Corbin himself was almost slain in battle with the hill giant chief, suffering a broken arm and several fractured ribs when the monster smashed his shield with an enormous club.

Nevertheless, human, elf, gnome, and dwarf were victorious and the giants of the Whiterock Clan were dealt a grievous blow with the death of their chieftain and his best warriors. In the wake of the battle, the wounds of Lord Corbin and his surviving borderers were swiftly healed by an attendant Priest of Ehlonna in addition to various hoarded potions and scrolls, and they were able to participate in the victory celebrations. During the feast he raised a toast to the courage and skill of the Band of the Silver Spear, the Company of the Owl, and the Youngbeards, singling out each of the members of all three cadres for praise. As to his own people, the generous lord also paid out of his treasury to donate a large portion of the cost to see a number of his slain borderers Reincarnated by Pasmaree Clee, the druid of Sheernob.

The Band of the Silver Spear parted ways on friendly terms with Lord Corbin, assured of their welcome at his manor near Ostverk should they choose to visit. 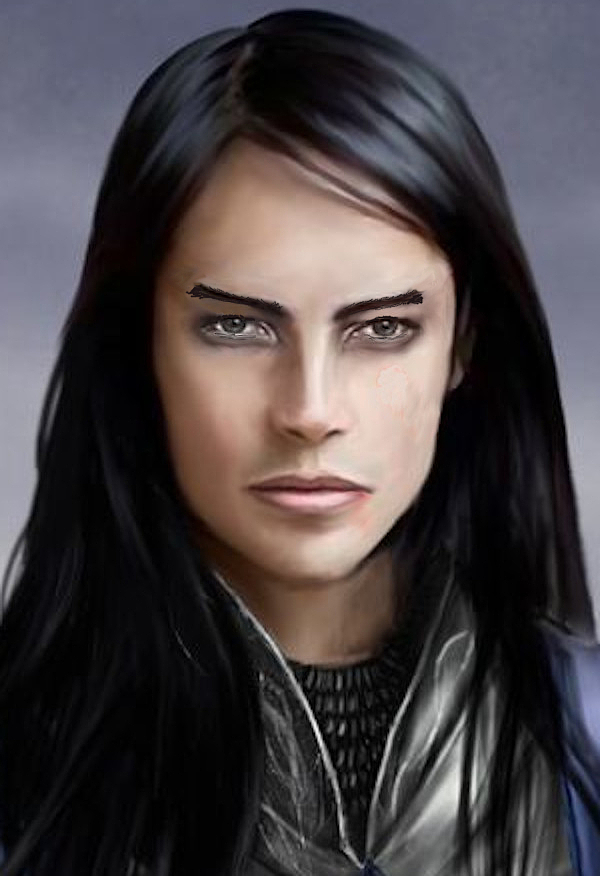