In charge of the spiritual health of Penwick, this druid is a close advisor to Lady Asbury. She is a native of Hommlet, a famed town to the south of her current village.

A pretty, auburn haired and blue eyed commoner of perhaps thirty years, her bronzed skin and freckled face bespeaking much time out in the elements. She dresses simply in well-made homspun, and she wears a fur-trimmed cloak over her rather slight frame. A small, silver bladed sickle rests in a sheath at her side, flanked by two heavy pouches, and she leans on a quarterstaff. The druid is always accompanied by a grey-furred wolfhound of formidable size.

A druid initiate of the Fourth Circle of the Old Faith, Meleny and her husband, Roland, provided assistance to the nascent Band of the Silver Spear on their quest to find the Skull Cave of the Fens of Tor. Neither she nor her husband were terribly eager to endanger themselves directly, citing their responsibilities to their children and the village of Penwick. However, the druid was notably more wistful of seeking out danger and treasure than the ranger, and was free with the fact that her six carefree years travelling with Roland and their other friends among the Company of the Wolfhound were the happiest of her life.

Meleny hails from the famed village of Hommlet, a settlement known for hosting several dozen adventuring parties that were responsible for destroying the Second Temple of Elemental Evil. The daughter of Filliken, one of the richest farmers in the village, the pretty young lady was already an ovate of the Old Faith when the trouble started, and she ran off seeking to join any number of bands before Roland caught her eye and she fell for the good-looking young warrior. After her sister, Althea, was married, and she proved to her father that she was an adult by formally joining the Druidic Mysteries, Filliken consented to her marrying Roland. The Company of the Wolfhound were minor players in the fight against the Second Temple, but they went on to some fame in the years afterward.

As it happened, though, the career of Meleny and Roland as adventurers was cut short when she fell pregnant with their first child, Kyp, and they soon retired to Hommlet, then later to Roland’s home village of Penwick. Now, Meleny is charged by her superiors among the Druidic Hierarchy with the spiritual welfare of the folk of Penwick as well as maintaining the uncommon fecundity of the soil around the settlement. She told Haemir, whom she felt was a kindred spirit, that she was happy for the move.

This is because unlike Hommlet, which is subtly riven by the tension between the diminishing followers of the Old Faith and the expanding numbers of the faithful of the new gods, Penwick is loyal to its druidic roots. The faith of Saint Cuthbert has never gained a toehold in Penwick, and the small congregations of Pelor and Trithereon elected to move on after the town was sacked by the Horde of Elemental Evil in 569 CY.

Meleny did not accompany the heroes as they went in search for the Skull Cave, but it was revealed after their success that she stayed close by as, along with their dogs, she padded up in wolfhound form as they departed the Fens of Tor. 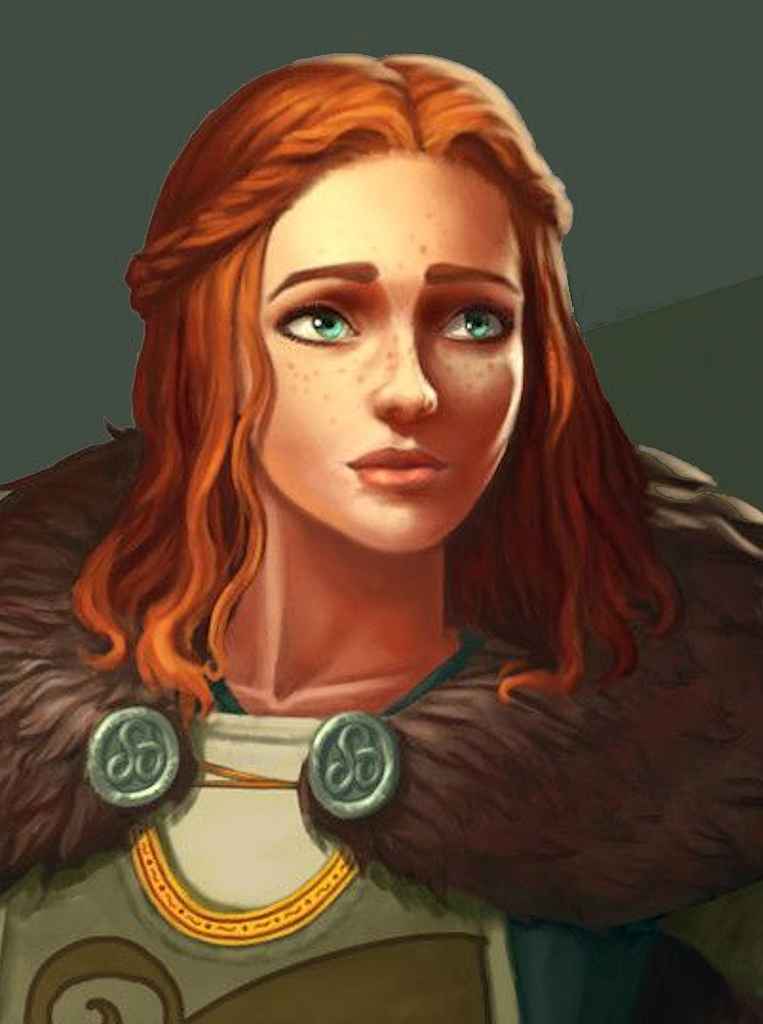