A well-meaning, humble wizard and alchemist of the Viscounty of Verbobonc.

A young man of Oeridian and Sueloise stock, neither heavy nor slight of build, although his six foot height makes his face look angular enough. His brown hair is worn long and loose, and his hazel eyes are incisive and steady, lending him an intelligent air. He wears a loose tunic over woollen breeches and leather boots, and his belt is festooned with a number of large pouches around his dagger. A satchel is also worn over his shoulder. The faint scent of exotic oils and spices, as well as more astringent and unpleasant compounds, seems to cling to him.

First encountered on a pleasant summer’s eve on the 18th of Planting, 591 CY, Wilfrick is the son of Dallerond, a master alchemist who serves the village of Eglath as its primary village elder and headman. On the night in question, the young man was in attendance at the Blue Water Inn, sitting with his father and the other village elders when the merchant Lerrell Lanth burst into the taproom. Bloodied, bruised, and robbed, the merchant begged those present to help him recover his precious cargo of Bellflower wine. To the clear consternation of his father, Wilfrick jumped at the chance to volunteer in bringing the bandits who had accosted Lerrel to justice. He would go on to assist Throm, Haemir, Ruprect, and Oscar in their mission, and proved his mettle first by dropping the bandit lookouts with a Sleep spell, and then knocking them senseless with his trusty quarterstaff as the more martially able party members took on the main body of the gang.

Wilfrick then returned to Eglath with the victorious band and their prisoners, and he veritably glowed in the praise of his fellow villagers. He also promised to use his Comprehend Languages spell to assist them in interrogating the goblin captives of the bandits, and seemed hungry for more adventure. It was then clear to them that while he is a humble, god-fearing commoner of the viscounty, Wilfrick the Wizard was quite bored of his workaday existence as an assistant alchemist in Dallerond’s shop. Unusual for a mage but like many of the folk of Eglath, he is a devout worshipper of Pelor, the Shining One, though he also offers the odd prayer to St. Cuthbert.

He was born in 1166 CY, and named for the late Wilfrick, Viscount of Verbobonc, Defender of the Faith, and famed captain of the Battle of Emridy Meadows. He is proud of his name and in times of stress and danger the young wizard takes courage, fortitude, and dignity from the example of his namesake. 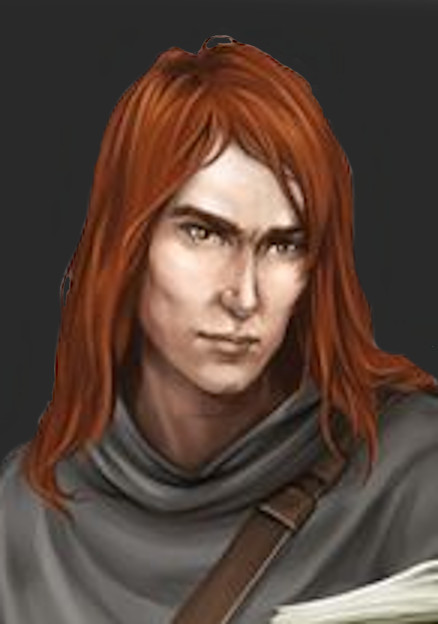