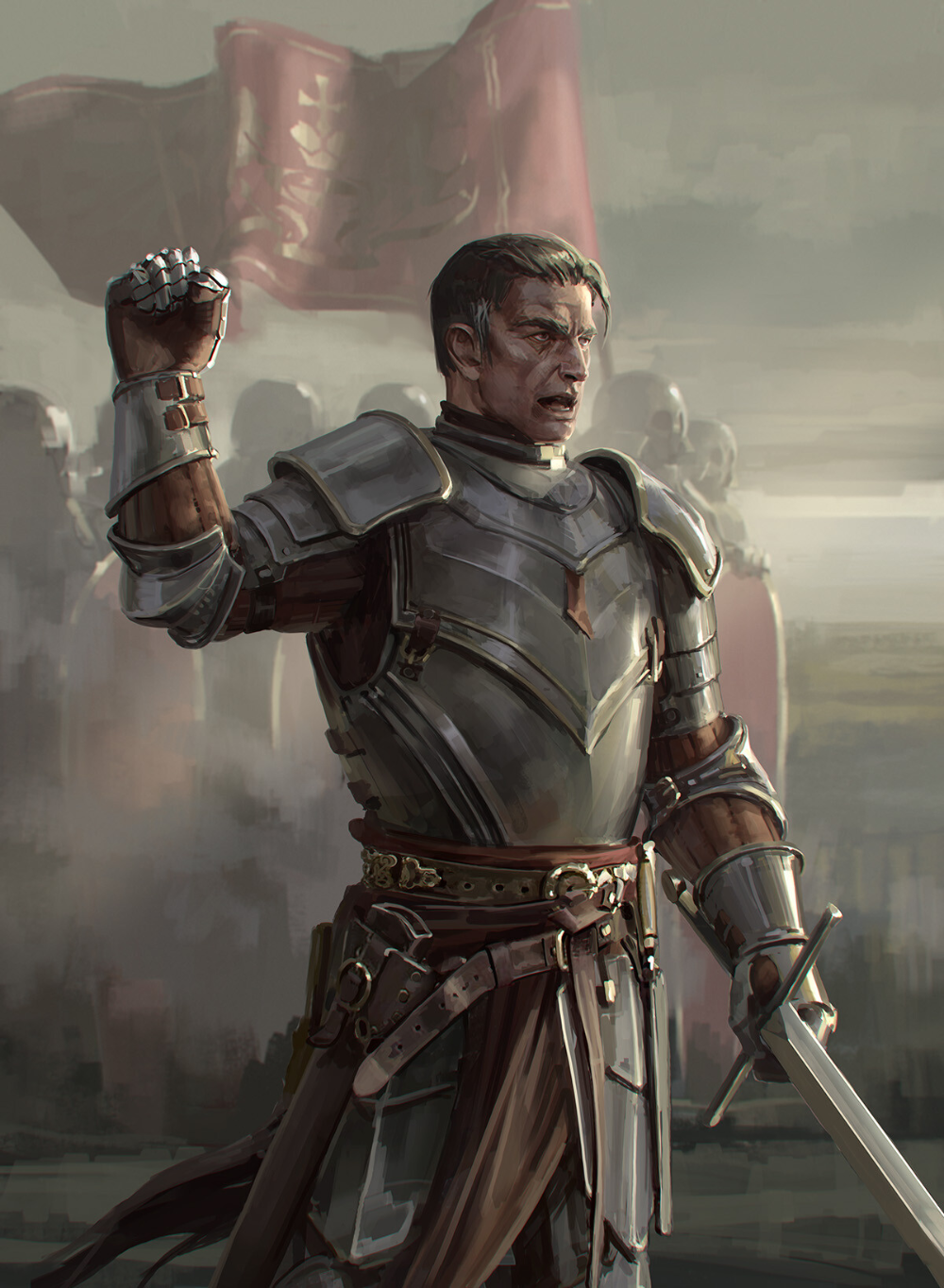 For many years now, the Flanaess at large has suffered from a series of devastating wars. Even before the machinations of the likes of the Old One, the Overking, and the Scarlet Brotherhood sparked the Greyhawk Wars, there was never a shortage of need for talented men and women-at-arms to either supplement the standing armies of the various states of the land, or else to form elite bands of adventurers to deal with matters that those armies could not. As such, fighters are by far the most common heroic profession.

Some fighters learn the arts of war to obtain glory or wealth. Others do so out of loyalty to the crown or a desire to protect their communities. A few are called to it out of a desire for excellence at arms or a desire to build discipline. Whatever the case, fighters are unparallelled in a scrape.

The majority of armsmen encountered will in fact be of the Warrior professional class rather than the elite Fighter heroic class. They have less training and talent than their more capable analogues, and typically field the lower ranks of standing armies and town guards, or else represent people that exist in a hardier, more violent environment or livelihood on the fringes of society. Examples of such would be the woodmen of the Gnarley Forest, the gnomes of the more remote communities of the Kron Hills, or just about any orc or hobgoblin encountered outside the safety of their tribal or clan strongholds. 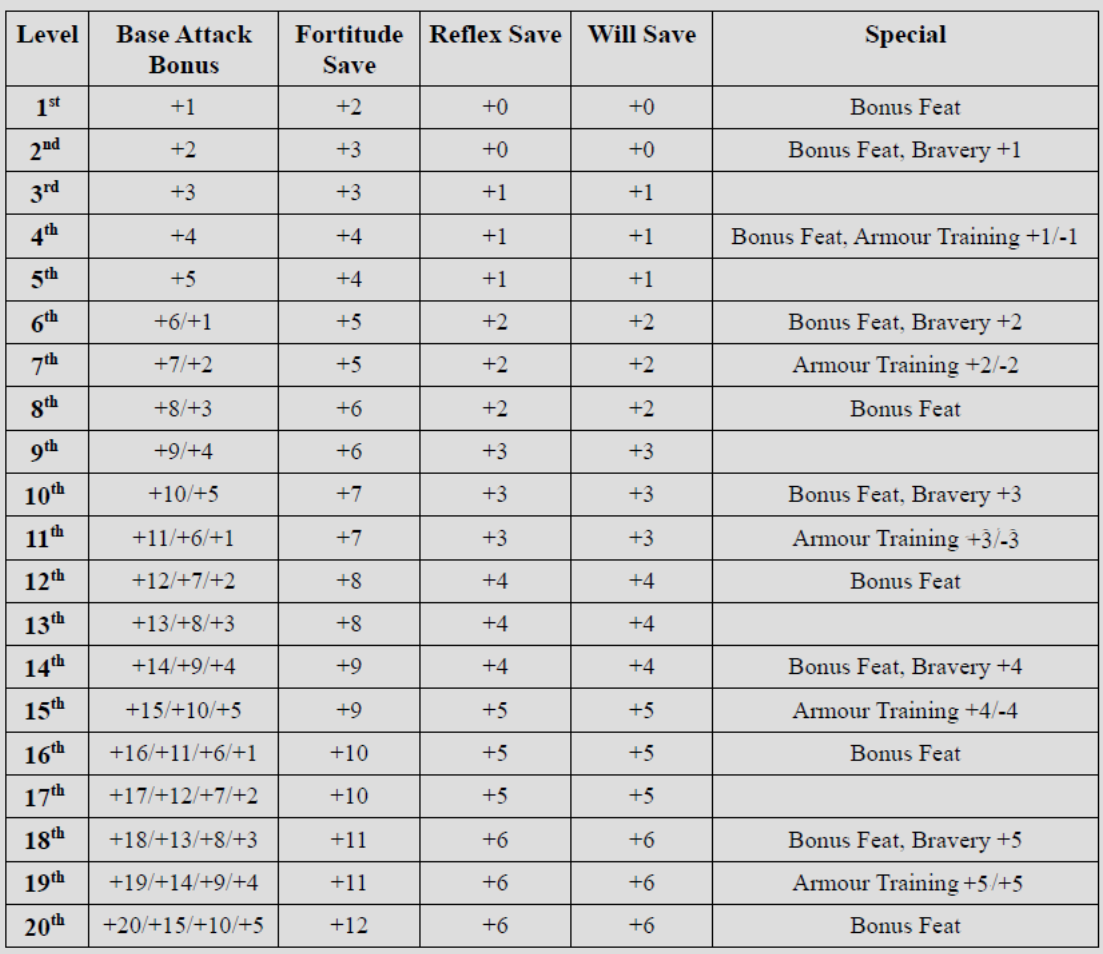 A fighter is proficient with all simple and martial weapons and with all armor (heavy, light, and medium) and shields (including tower shields).

At 1st level, a fighter gets a bonus combat-oriented feat in addition to the feat that any 1st-level character gets and the bonus feat granted to a human character. The fighter gains an additional bonus feat at 2nd level and every two fighter levels thereafter (4th, 6th, 8th, 10th, 12th, 14th, 16th, 18th, and 20th). These bonus feats must be drawn from the feats noted as fighter bonus feats. A fighter must still meet all prerequisites for a bonus feat, including ability score and base attack bonus minimums.

These bonus feats are in addition to the feat that a character of any class gets from advancing levels. A fighter is not limited to the list of fighter bonus feats when choosing these feats.

Starting at 2nd level, a fighter gains a +1 bonus on Will saves against fear. This bonus increases by +1 for every four levels beyond 2nd.

Starting at 3rd level, a fighter learns to be more maneuverable while wearing armor. Whenever he is wearing armor, he reduces the armor check penalty by 1 (to a minimum of 0) and increases the maximum Dexterity bonus allowed by his armor by 1. Every four levels thereafter (7th, 11th, and 15th), these bonuses increase by +1 each time, to a maximum –4 reduction of the armor check penalty and a +4 increase of the maximum Dexterity bonus allowed.